Trucker Blockade
Home News Could Texas trucking be affected by Colorado boycott after trucker sentenced to... 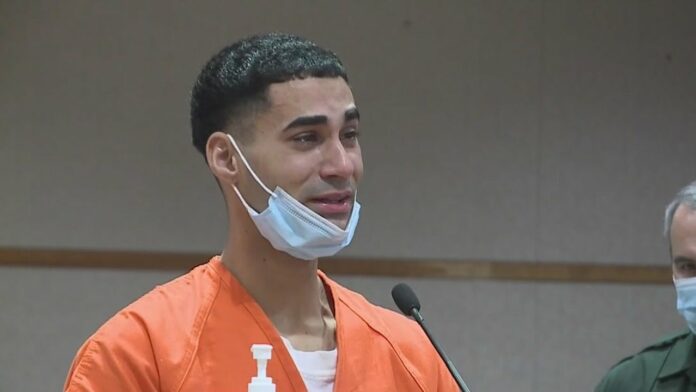 Could Texas trucking be affected by Colorado protests?

A Houston-based truck driver was sentenced to 110 years in prison after a 2019 highway crash that killed four people in Colorado. The sentencing has led millions to sign an online petition and truck drivers threatening to boycott the state.

“This was a terrible accident … but it wasn’t intentional.”

After an emotional plea, 26-year-old Rojel Aguilera-Mederos was sentenced Monday to 110 years in prison after the Houston-based truck driver plowed into backed-up traffic, killing four people on a Colorado highway in April 2019.

DETAILS: Trucker in deadly pileup gets 110 years in prison, becomes emotional at sentencing

The sentencing spurred truckers across the country to protest moving goods to and from the state using #NoTruckstoColorado to spread awareness on social media.

“We fully support and stand with the boycott of industry and business to Colorado,” says Tony Salas, co-founder of the Greater Houston Trucking Association.

“A lot of truckers are afraid to go to Colorado. Colorado has a lot of mountains, a lot of hills … [Aguilera] was only 23 years old and had never drove outside of Texas and went into a terrain that has a lot of mountains,” says Salas. “From our understanding, there was already an incident ahead of him, and his equipment failed on him, so when you look at the accountability, it should really be on the trucking company that put this man on the road.”

DOWNLOAD THE FOX 26 NEWS APP FOR THE LATEST ALERTS

Could the Colorado boycott resulting from the sentencing have an effect in Texas or cripple a country already dealing with supply chain problems?.

“I personally have seen this many times [and] don’t foresee that happening in a way that it has a tremendous impact,” says John Esparza, President and CEO of the Texas Trucking Association.

Esparza says the public may not feel much of an impact with a large chunk of local imports coming from Mexico. Plus, some drivers may use the protest to snatch up boycotted routes and make extra holiday cash.

The real long-term problem could be the sentencing discouraging potential truckers in an industry already short on drivers. He encourages people to seek reputable training schools and companies.

“It’s not just about going and getting my CDL, and then I’m going to go buy a truck, and I’ll drive for anybody and everybody,” he says. “There’s a number of trucking companies that go through a strenuous process of selecting their drivers and then training those drivers, and at times even putting apprentices with those drivers, especially when they’re young and new to the industry.”

“I think that we should certainly as a country relook at that case,” says Salas. “As far as the state of Colorado they have a lot of work to do in terms of their laws.”

Although a boycott may do little to disrupt the supply system, truckers hope it helps dismantle laws that could threaten their freedom.

“When drivers are protesting, of course, they’re protesting the injustice, but a lot of them really have that fear like, what if I get in put in a situation like that, and now my whole livelihood is going to be at risk,” adds Salas.

Truckers’ strike in South Korea ends in victory as government agrees to demands :...

A Network for Life – The Trucking Network Inc.