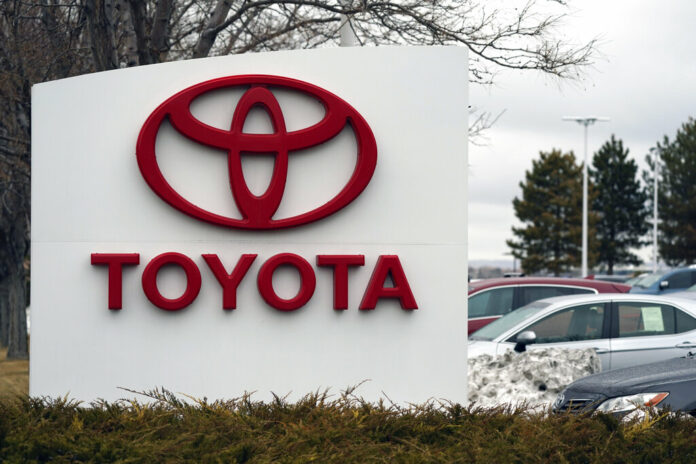 The truckers, who oppose a vaccinate-or-quarantine requirement for cross-border drivers, have used their big rigs to snarl traffic at the Ambassador Bridge linking Detroit and Windsor, Ontario, accounting for about 25% of U.S.-Canadian trade.

“Every single day, $400 million in export and imports will cross the Ambassador Bridge,” said Brian Kingston of the Canadian Vehicle Manufacturers Association.

Thousands of people are without work, and it’s now trickling down to the U.S.

GM said it was forced to halt production Thursday at a Michigan plant where it builds sport utility vehicles after the protests, impacting more than 1,000 workers per shift.

The largest U.S. automaker said it had canceled a shift on Wednesday and two shifts Thursday at its Lansing Delta Township plant.

“Although we may have intermittent stoppages, we intend to keep production running and meet current schedules at all of our manufacturing operations in the U.S., Canada and Mexico,” Shilpan Amin, GM’s vice president for global purchasing and supply chain, told suppliers on Thursday in a message seen by Reuters.

The company added it was “encouraging suppliers to evaluate alternative options in order to sustain your operations to meet our production schedules.”

Ford said it was running its plants in Windsor and Oakville, another Canadian city, at reduced capacity. However, it added that it hoped for a quick resolution “because it could have widespread impact on all automakers in the U.S. and Canada.”

“This interruption on the Detroit/Windsor Bridge hurts customers, auto workers, suppliers, communities and companies on both sides of the border that are already two years into parts shortages,” Ford said in a statement to NewsNation.

A Toyota spokesman told Reuters the automaker was suspending production through Saturday at plants on both sides of the border, in Ontario and Kentucky. The largest Japanese automaker said it was “experiencing multiple dropped logistics routes,” and it is “not isolated to only one or two parts at this point.”

The shortages affected Toyota’s production of the RAV4 – the best-selling non-truck vehicle in the United States, Camry, Avalon, Lexus RX, and Lexus ES, the automaker said.

Honda said its Alliston, Ontario plant temporarily suspended manufacturing on one production line Wednesday evening due to border delays but was back online.

Stellantis said the “situation at the Ambassador Bridge, combined with an already fragile supply chain, will bring further hardship to people and industries still struggling to recover from the COVID-19 pandemic.”

“We hope a resolution can be reached soon so our plants and our employees can return to normal operations,” Stellantis added.

Canadian leaders said $30 million is lost each hour in the auto industry. In addition, suppliers are paying triple the shipping costs, and automakers worry about delayed production time penalties.

Meanwhile, Canadians fear this may tarnish their future endeavors with Americans.

“When issues like this arise that erode confidence in the efficiency and reliability in the Canadian transportation network, it is a worry,” Kingston said.

The White House said Wednesday it was talking to automakers, Canada and customs officials to try to avoid disruptions to auto production.

Michigan Gov. Gretchen Whitmer on Thursday called on Canada to reopen the Ambassador Bridge, as did U.S. Reps. Debbie Dingell and Dan Kildee.

“It is imperative that Canadian local, provincial and national governments de-escalate this economic blockade,” Whitmer said. “They must take all necessary and appropriate steps to immediately and safely reopen traffic.”

Reuters contributed to this report.

It's Officially Illegal To Be A Lease Operator In California & Why Other States...

Dry Van Report: ‘We’re in for a busy summer at the ports’