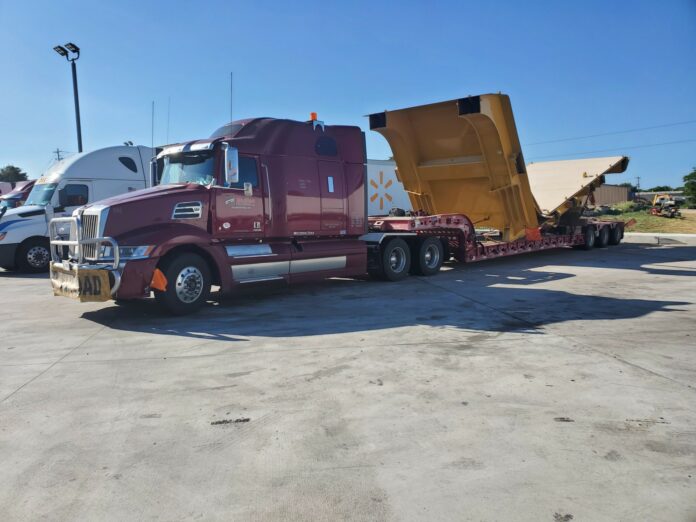 For the last couple years, it was pretty easy to make good money driving a truck. Freight was abundant, drivers and equipment were in short supply, and rates were at record levels.

Then fuel prices skyrocketed, spot market rates collapsed, and suddenly the livelihoods of owner-operators are at stake. Fuel economy is once again top of mind, as it’s the single biggest influence on an owner-operator’s profitability.

But even when diesel prices were lower, fuel economy was always top of mind for Greg Decker, a heavy-haul owner-operator with Mullen Group. We asked him for some tips on how he maximizes fuel efficiency.

You can’t improve what you don’t track. Many tools and devices are available to help track fuel consumption. Decker likes the Driver’s Daily Log software.

“I track every tank,” he said, adding he also factors in terrain and the weights he’s hauling to get an accurate picture of his true consumption.

One beef he has is when drivers don’t include idling time in their calculations, dismissing idling as a necessary evil. “If it goes in the tank, count it!” he stressed.

While fuel burned to keep the cab warm or cool is always counted, Decker said there are steps you can take to burn less.

“I have an inverter and APU [auxiliary power unit] on the truck. And if it’s semi-warm I’ll use a Webasto heater instead of the APU,” Decker said. His philosophy is to never idle unnecessarily. “Cool it down and shut it down,” he said of the big engine.

He figures he runs his APU about 600 to 700 fewer hours than other drivers, and at about a liter an hour the savings add up. “I idled three nights in four years and I ran Alaska pretty extensively,” he said.

When pulling flatdecks, how you load the trailer will impact fuel economy. Decker cited a recent trip hauling a massive bucket as an example. He insisted the shipper load it so the cup was facing the rear of the trailer, so there’d be less wind resistance.

“I run decks,” he said. “If you’ve got something big and ugly and there are multiple pieces, put the big, ugly piece behind the neck. It creates a wind block and makes the load as streamlined as possible. It drives shippers nuts, but I get 1 mpg better fuel mileage simply from how they put the freight on the trailer.”

4. Be selective about loads

As an owner-operator, Decker said it’s imperative to only take loads that make sense.

“Why spend the money if I don’t have to?” he reasoned. Some heavy loads on bad routes with hilly terrain (ie. Alberta to California) are just not profitable at today’s fuel prices.

5. Be a smooth operator

The single biggest influence on fuel economy sits in the driver’s seat.

“I call it being a smooth driver,” said Decker. He’s referring to things like anticipating traffic lights, easing off the throttle in advance of stops, accelerating slowly from a stop, and being aware of his surroundings.

“If there are three things that kill fuel economy it’s the throttle, braking, and Jake brake,” he said. “Use all three the least you can.”

When he approaches a bend, he’ll kick off the cruise and coast through the corner. “It’s going to cost you maybe 20 seconds but it saves fuel,” he explained.

Decker runs a Western Star 5700 with Detroit power and leaned heavily on his sales rep and the OEM engineers to design the most fuel-efficient spec’ possible.

“Trust the engineers,” he said. “They know what will get the best fuel mileage.”

He accepts his spec’ doesn’t get him to the top of the hill the fastest, but if it saves a couple trips to the fuel island it’s a small price to pay.

Tires are another spec’ that affects fuel economy. Decker also emphasizes proper alignment and maintenance, and he runs full synthetic oils in every component requiring lubrication.

Cab and chassis fairings (and trailer fairings on a van) all save fuel. Decker even appreciates the look of them.

“I don’t like the look of a truck without fairings,” he said. “They get the wind flowing instead of catching everything. Cab extenders are good for closing the [trailer] gap – especially on a van. They also keep snow out of the headache rack.”

He prefers a high-rise sleeper when pulling vans, but that can cost fuel if most trips are pulling flatdecks.

“The single biggest word is patience. If the light is flashing red, don’t go racing up to it or jackrabbit out of the light. It’s hard on the fuel gauge,” he said.

Patience behind the wheel is a quality that’s lacking these days, and Decker feels a lack of training is partially to blame.

“I’ve never seen anyone trained on fuel mileage. They’re trained on load securement and permits but never fuel mileage. When I came [to Mullen] and said I’m chasing fuel mileage, guys laughed and said ‘You can’t do that’ [in heavy haul]. Yes, you can. You can always get better.”

Dutch farmers SENDING a clear message of ‘NO FARMS, NO FOOD’