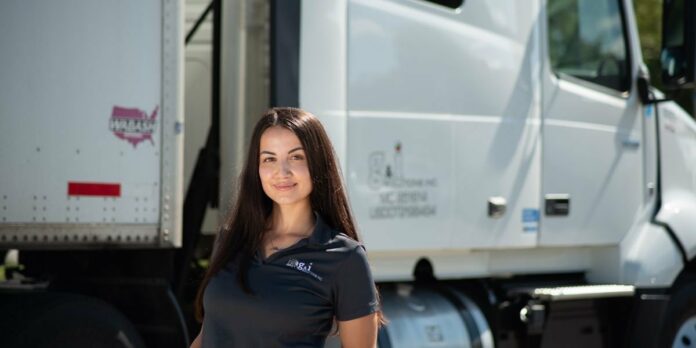 As freight demand continues to grow, and the driver shortage hit a record high in 2021, many carriers are recognizing that younger drivers are an untapped source of labor talent for the trucking industry.

In a recent study conducted by the American Transportation Research Institute, 100 carriers chimed in on effective practices they’ve used to attract and retain young drivers between the ages of 18 and 25. ATRI also interviewed young truck drivers employed by those carriers. Here are six recruitment practices that are effective at reaching younger truck drivers, according to results of ATRI’s study “Integrating Younger Adults into Trucking Careers.”

1. Depict Trucking as an Accessible Trade

The importance of “critical skills” in the trucking industry was one of the most significant concerns raised by younger drivers interviewed by ATRI.

Before entering the trucking industry, many drivers between 18 and 25 years ago reported that their most significate concern was not possessing, or fearing they would not being able to learn, the necessary skills to be a safe and successful driver.

Therefore, ATRI says it is critical that carriers and recruiters depict trucking as an accessible trade that is also skilled and varied work.

Technology utilization was one of the major attractions for the young drivers interviewed by ATRI.

“In light of concerns about critical skills, however, technology use should be emphasized as supporting a driver’s skillset – as enhancing driving skills – rather than as making their job easier or replacing driving responsibilities,” ATRI officials wrote.

3. Promote Trucking as Career, Not a “Job”

Emphasizing trucking as a career path addresses some of the biggest concerns among Millennial and Gen Z jobseekers in general, and recently hired truck drivers in particular, ATRI found.

For younger drivers, the option to choose how their career develops or changes within the industry is a key aspect of independence.

“Younger adults want a skilled trade that they can master but whereby they can continue to grow over the long run, and they want the ability to develop it in multiple directions as their own lives continue to grow and develop,” ATRI officials wrote.

Top factors motivating young drivers to choose trucking were income, a stable career, and a love for driving.

Forty percent of younger drivers said that pay was the most important consideration when starting their career in trucking. Of the carriers interviewed for this research, those with higher starting pay also experienced less difficulty securing drivers.

The carriers surveyed ranked the most effective practices for recruiting younger drivers over the past two years. Among both small and large fleets, direct referrals through existing employees and social media advertisement were ranked highest by far.

Of the younger drivers interviewed for this research, 73% were introduced to trucking by an adult relative in their parents’ generation.

In ATRI’s younger driver interviews, those with high job satisfaction reported that they spoke to their friends about their work and that their friends were often interested or supportive.

Many younger drivers told ATRI that more initial information or transparency would have helped them join their current carrier sooner. Their specific suggestions included: making job postings more explicit about expectations or requirements; and posting “day in the life of” videos or other content to help convey a sense of what a career in trucking is like.

Nearly 25% of younger drivers interviewed by ATRI shared that trucking companies should improve the industry’s reputation among younger adults by putting more younger adults into non-recruitment advertisements and official company materials in general.

#CONSERVATISMISTHEONLYANSWER, WHAT DOES @COREY HOLCOMB THINK ABOUT THE 2022 BET AWARDS?