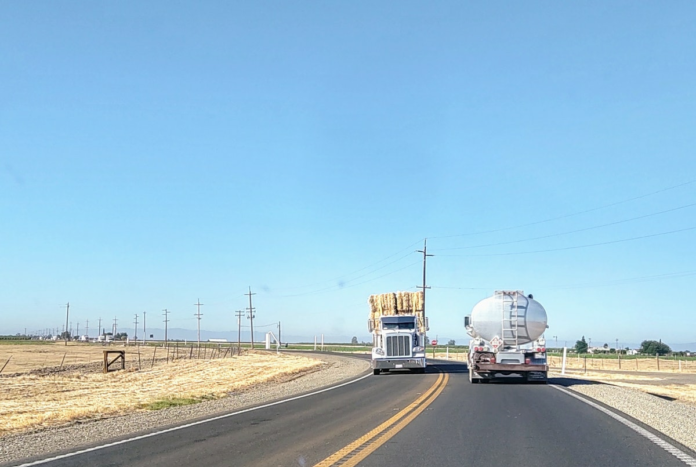 Why do those who have no clue try to fix that which is not broken? Truckers puzzle over this question all the time. It seems to us that lawmakers, regulators and their outside influences continually try to dictate what truckers should and should not be able to do. They pile law upon law, regulation upon regulation, tax upon tax. Everywhere a driver turns someone’s got their hand out.

Yet for every reg written, every dollar taken, it’s not just scraping off the bottom line of the trucking company owners and operators, but ultimately raising prices for all of us at checkout.

I am not against all regulations, knowing full well that one bad apple can spoil the bushel. I do think, however, that a better regulatory approach in this day and age would be to trim the fat, eliminate regulations that are outdated, unproductive, or simply absurd. Good government in action, then, at the very least would address the safety issues that can make a real difference, while aiding drivers in compliance. Safe parking and infrastructure should be the number one safety issue for every regulator and lawmaker.

Until we make a serious attempt to address the parking shortage, supposed concern for the safety of drivers cannot be taken seriously. Regulators and outside influences contend speed limiters will make truckers safer, ignoring some of their own studies that have shown otherwise. Our elected reps draft legislation intended in part to result in better parking availability, yet more than 10 years later, we are still untold thousands of spaces short.

At the same time, our nation’s highways and bridges have fallen into such a state of decay that they risk lives and cost the American taxpayers, including truckers, more money in repairs to maintain their business or personal vehicles. These same highways and bridges are, of course, taken for family outings and vacations, placing entire families at risk, not to mention their utility for our military and the ability to respond to threats in a timely manner.

Too often, the trucking-related agendas coming out of government feel like little more than fist-banging on the table by little children who want only to push through a pet project, often enough one they’ve come to at the behest of those who have no clue what they’re talking about.

That brings me back to my original question: Why try to fix things that are not broken when so many other things need to be fixed? As suggested, my best guess is our nation’s lawmakers and regulators are more receptive to the narrow concerns of lobbyists, supporters, and/or other political influences than the priorities of those of us who live it day in and day out.

Those who get up in the morning, drive to work, and return home to their families to then sleep the day off in their own beds at night would benefit from greater exposure to the OTR trucker’s day-to-day. Wake up, grab something to eat and a cup of coffee, do the pre-trip and begin the workday. It’s quite common for that day to begin in one state and end 500 to 700 highway miles later after crossing in some cases numerous state lines, rough roads and sometimes punishing bridge abutments — and often enough multiple structurally deficient bridges, too.

After that long workday, they must find a place to park adequate not only for their personal safety, but the safety of their cargo as well. (It’s widely known that cargo theft is an illicit business worth untold millions or even billions in this country, unfortunately.)

[Related: Driver robbed at gunpoint, cargo pilfered: How to avoid being an easy mark in dangerous times]

It is a well-known fact that drowsy driving is risky and unsafe. Most professional drivers know their limitations and watch their clock diligently, looking for safe parking early before it becomes an issue. The majority of professional drivers plan their trips and usually have contingency plans should Plan A-1 be disrupted by weather, breakdown, highway closure or accident. But the fact remains that there are times when a driver must push through drowsiness or push their clock for the simple fact that there are not enough safe places to park.

Let’s stop wasting time and money on regulations that will not increase safety — or as in the case of speed limiters, in all likelihood increase accidents. Put political agendas aside, shut out outside influences who claim without merit to understand a trucker’s life. If you truly want to fix the issues in the trucking industry, listen to those who work in the industry and serve the nation with their labor.

Say no to legalized theft: Rein in nonconsensual tow fees

Beyond MPG: How a Fleet Fuel Program Can Save Money – Webinar

Trial set in 2023 for men accused of conspiracy to murder at Alberta border...